ADOBO: A Different side of Asian cuisine

Having the most adventurous taste buds on the planet (in my opinion at least) I have tasted almost the most bizaare of foods in this corner of the world -- South East Asia/East Asia. From the uber mouthwatering durian to the gastronomically stimulating Korean kimchi I've tasted them all (that's a claim haha). 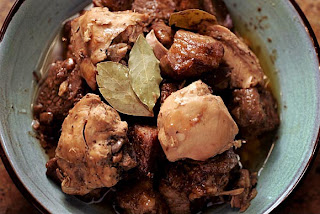 In my native Philippines we do also have a lot of interesting culinary delights at par with the culinary powerhouses of Thailand and Japan -- now you know. Though not as popular as the latter's, it has that distinct character and flavor enough to bring out the culinary zeal in you.


Having been colonized by Spain for more than three centuries, and almost half a century by the United States it is no wonder that ours is a little different and exotic than our neighbors'. Our national dish the 'adobo' is one perfect example of the blending of different tastes, say East meets West perhaps.


"Adobo is the result of the eclectic influences, both regional and historical, that come together in many Filipino dishes. Philippine cooking probably reflects history more than a national cuisine,’’ says Cecilia Florencio, a nutrition professor at the University of the Philippines in Manila. 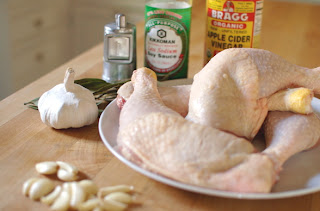 Even before the Spaniards came, early Filipinos cooked their food minimally by roasting, steaming or boiling. To keep it fresh longer, food was often cooked by immersion in vinegar and salt. Thus, early Filipinos could have been cooking its meat in vinegar, which is the basic process in making adobo.


From the Chinese traders came soy sauce and thus this ingredient found its way into the meat being cooked in vinegar. Salt was slowly taken out from the recipe and replaced with soy sauce. However, there are adobo purists who continue to use salt in their adobo marinade.


The colonization of the Philippines had a big impact on the evolution of Philippine food, and adobo was one of those Spanish-inspired recipes, along with others like morcon, paella, embotido, pochero and caldereta, that have not only survived hundreds of years of popularity but have undergone infusions of other ingredients.


The Spanish influenced our local cooking with their marinades and sauces. Some say that adobo is related, albeit distantly, to adobado, a tasty Spanish concoction that consists of pork loin cured for weeks in olive oil, vinegar and spices and simmered for several hours. But the recipe is quite different.


The Spanish word adobo means seasoning or marinade, according to Wikipedia. The noun form is used to describe the actual marinade or seasoning mix, and the term used for meat or poultry that has been marinated or seasoned with the adobo marinade is referred to as having been adobada. For the grammarians, this is a first-person singular present indicative form of adobar, a verb meaning to marinate.


The old Spanish word adobar could be where the early Filipinos got the word for their most famous dish. In Spanish cuisine, however, adobo refers to a pickling sauce made with olive oil, vinegar, garlic, thyme, bay leaf, oregano, paprika and salt. The word adobo is also used in Mexican and Caribbean cuisine. The Mexican adobo refers to a piquant red sauce made from ground chilies, herbs and vinegar sold canned or jarred. The Caribbean adobo usually refers to a dry rub of garlic, onion, oregano, salt and pepper.


But the Filipinos’ adobo is the most famous the world over. Filipinos selected their favorite condiments and spices — vinegar, soy sauce, garlic, bay leaves — used them to stew chicken and/or pork (or mix), and gave it a Spanish name.


So now you know.


How to Cook Adobo 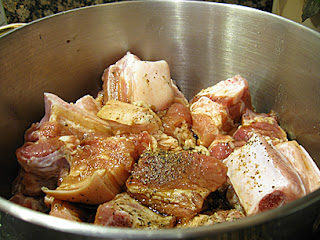 1. Rinse chicken/pork pieces thoroughly.
2. Prepare marinade as follows: Mince/ dice garlic. Mince/dice ginger. Add black pepper. Add bay leaves. Add salt. Add soy sauce. Add vinegar. Stir together thoroughly.
3. Add chicken to marinade. Cover and refrigerate for 1-2 hours (I let marinate for 2 hrs or longer).
4. Remove when time is up. Turn heat to medium. Add oil to medium/large pot. Brown chicken pieces on both sides. Once browned, remove and set aside.
5. Mince 5 cloves garlic. Saute in same pot until brown. Add chicken back to pot. Add marinade (you can sieve to remove garlic/ginger bits, but I didn’t). Let cook for an hour till sauce reduces. You can sprinkle a tsp of brown sugar and a pinch of chili powder/ground chilis as it cooks if u want it a little sweet and spicy.
6. Serve on a bed of white rice. 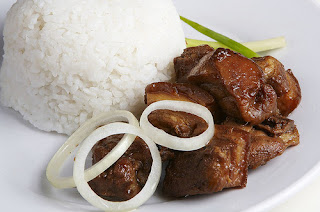